Setup only takes one minute. No credit card required!

An energy dashboard is a state-of-the-art reporting tool to monitor energy KPIs in real-time with the help of an interactive interface. Among others, it helps energy suppliers to cover fast-changing market demands, analyze and optimize production costs as well as to increase the overall profitability in the long-run. 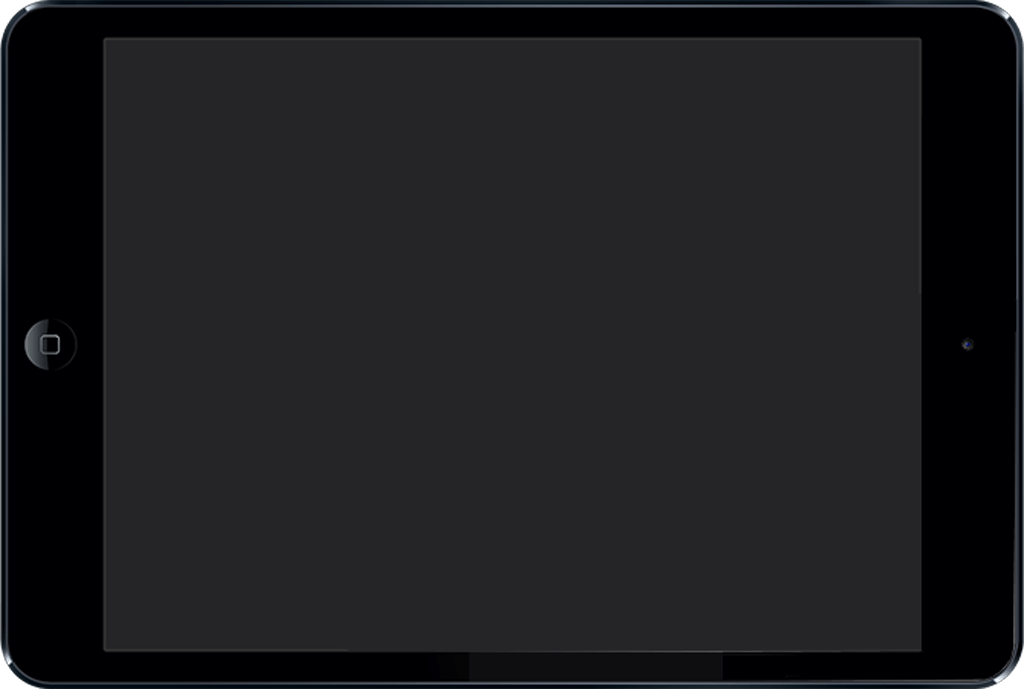 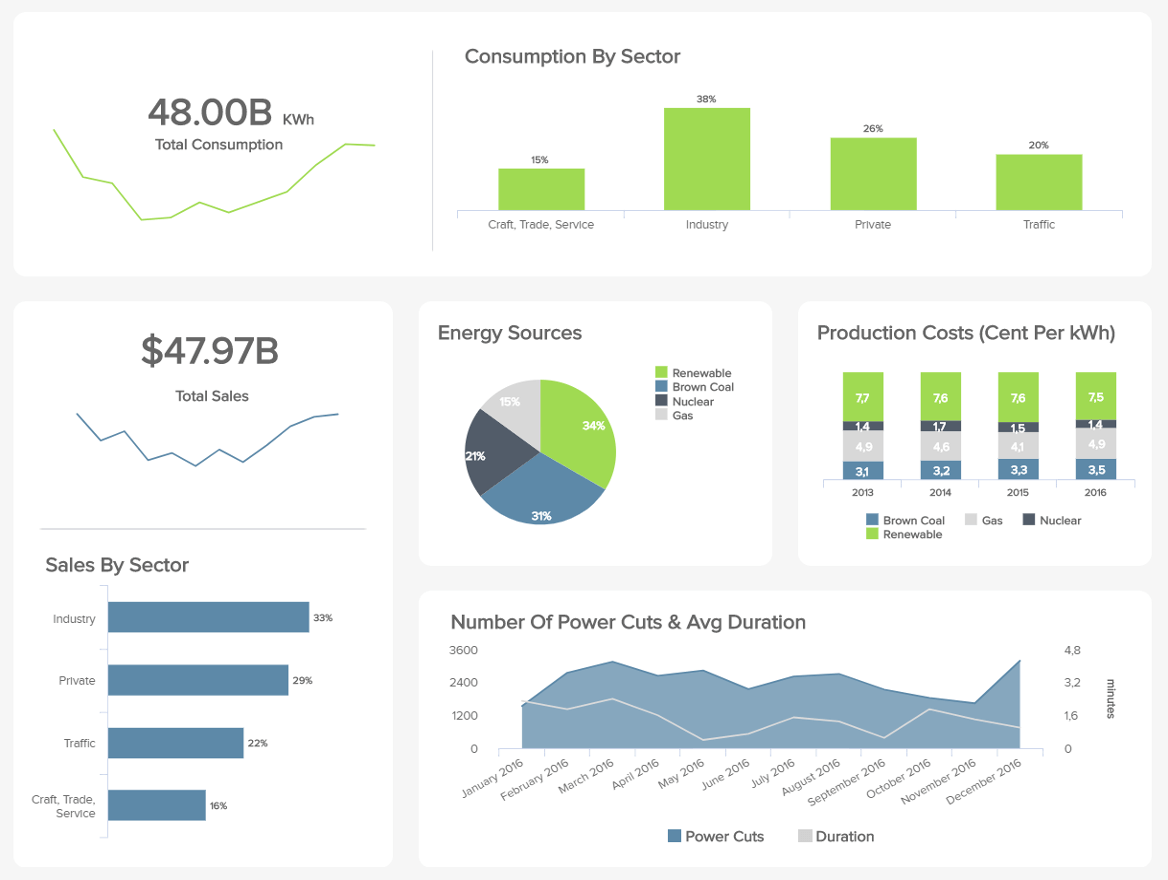 Your company has hundreds of sites producing energy from different types of sources. As a general manager, you need to have an overview of all the plants and of their output to supervise the whole properly. This first energy management dashboard provides you with the overview you need: from the total sales to the consumption by sector, to the production costs per source type, you get the big picture of the different plants’ performance.

The top part of that energy management dashboard focuses on the total consumption realized by different sectors. Without surprise, the industry sector consumed the most electricity, with 38%, while households and transports have 26% and 20% each. It is important to know how the consumption is distributed between the sectors you supply, and how it evolves, to understand who your main consumers are and answer their needs. Big industrial plants require indeed more and different types of energy than a simple rural household. Besides, it will not be transported in the same way. Breaking down the Total Consumption by Sector lets you know which area uses up how much of your electricity, an indicator allowing you to adapt both production and delivery accordingly. These insights will greatly help you in planning out the production, its storage and transport, and the staffing needs you need.

Underneath the consumption, you can find the Sales broken down by sector as well, which follow the same trend as the consumption; but also the consumption of renewable per sector. Renewable energies are more and more developed as they are more and more required by consumers, who have realized the human impact on its environment, and that natural resources that are not all infinite. With global warming, people look for alternative energies that produce fewer CO2 emissions and contribute to setting general consumption on a sustainable path. So far, households are the biggest seekers; but companies and big industries are increasingly required to go green because of their major impact, due to the enormous amount of energy they consume.

On a more operational level, the bottom metric monitors the downtime of your facility by calculating the number of Power Cuts and their Total Duration. Power outages are often dreaded by facility supervisors, but they are not a bad thing and help your plant perform better. When downtime is scheduled and planned, it gives you time to carry out maintenance work that takes care of your systems, and ensures an effective activity in the long run. However, power cuts can come as a surprise – in such case scenario, it is imperative to have measures in place that let you quickly face the outage, and respond efficiently to restore a well-functioning state. Power cuts that become too frequent can also be a sign of old equipment that might need to be replaced.

Finally, Production Costs are measured according to the energy source and displayed in a stacked bar chart, showing the evolution over a year time. Evaluating long-term costs helps in choosing an energy source that is more financially sustainable. 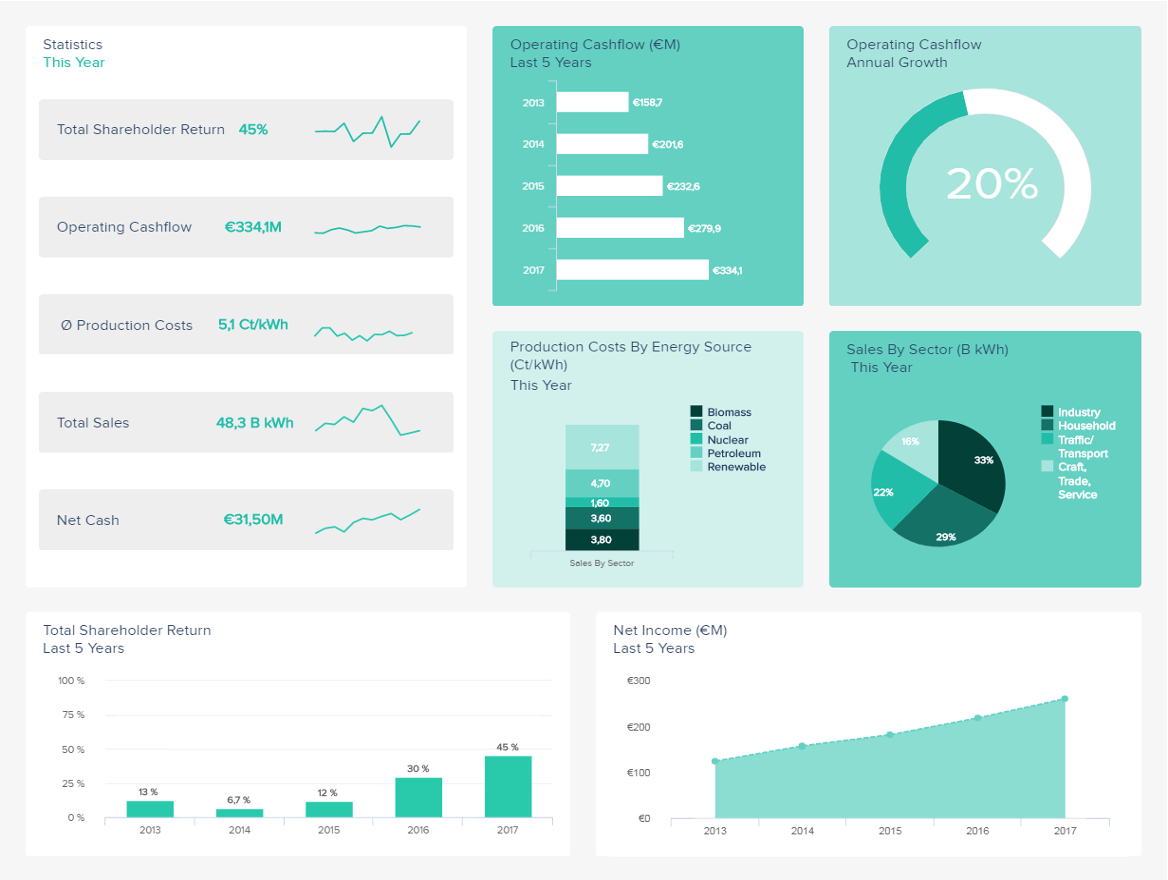 This second energy dashboard example aims attention at a wide range of finance-related KPIs. As for any business, your facility needs to track its financial status to keep a healthy capital so that operations can keep going.

On the left part of the dashboard, we have an aggregation of the overall KPIs stats over the year, with an average figure and a trend line for each. The Total Shareholder Return is of 45% and lately on the increase, while the Operating Cashflow is of about €334M with a general tendency to grow over the year. Net Cash is the metric that has a clear growth trend, while the Production Costs and Total Sales stayed rather even, with increases and decreases.

Each of these metrics is detailed in the rest of the dashboard. The first of them, Operating Cashflow, has had an annual growth of 20%, that we can see with the horizontal bar chart showing its evolution over the past 5 years. The Operating Cashflow helps to evaluate if a company is able to create enough cash so as to sustain but also grow its operations.

The Production Costs displayed are broken down by the source of energy they originate. We see that renewable has the highest production costs with 7,27 cent per kWh, while biomass is the cheapest to create. As stated in the first energy management dashboard, you need to evaluate costs over time to know which is the most financially sustainable. To calculate the production costs, often referred to as “LCOE” for Levelized Cost of Electricity, you need to divide the total costs (building, operating and maintaining a facility over its lifetime), by the total production estimated over that lifetime. You then have the average minimum price at which electricity must be sold, so as to balance the costs with profits. Keep in mind that an asset like solar, wind, and other renewables might need bigger upfront building costs, but are cheaper to operate as they need less fuel.

The Total Shareholder Return (TSR) is displayed on the bottom, and shows an evolution over 5 years. Expressed as a percentage, it represents the difference between the share price between the beginning and the end of the year, measuring the progress and performance of the company’s stocks. Comparing the TSR with those of your competitors will tell you if you are on the right tracks. The idea is to deliver long-term value to the shareholders, by generating financial benefits for them. It is a way the market evaluates the performance of a company over a certain time period. The Net Income represents the profits a company makes, after deducing all the costs of doing business: interests, taxes, depreciation, and other expenses. It is an important indicator of how profitable the company is. On this energy financial dashboard, the Net Income grows from about €100M up to €280M over the course of 4 years, which is a very good result. 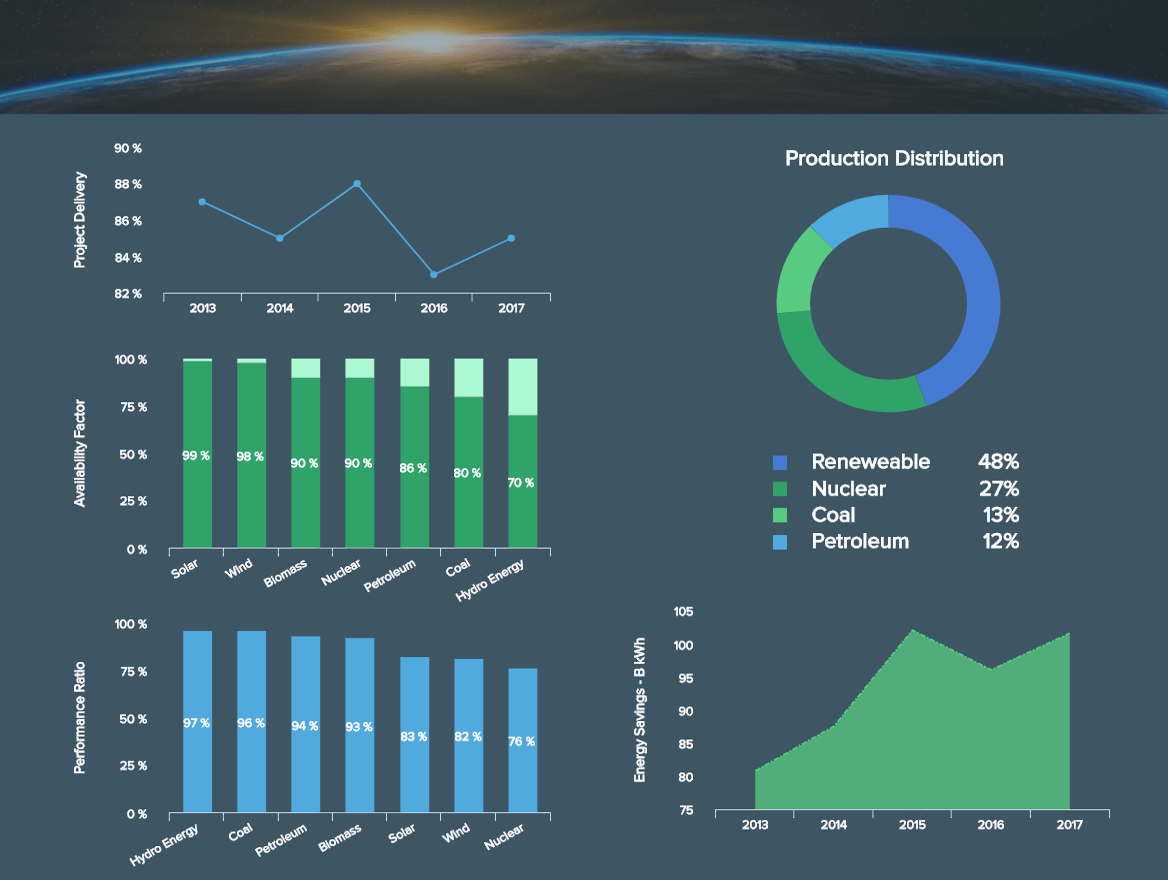 The final of our energy dashboards has an operational focus, for a plant manager who needs to have all the metrics at his fingertips to evaluate the well-functioning of a facility. Given that a large plant’s energy production and consumption is complex, such dashboard will give you the overview you need to get an idea of its operationality, efficiency, capacity to save energy, etc. That is essential when it comes to making important decisions or taking immediate action on energy usage and optimization.

Starting with the Plant Availability: this metric shouldn’t be mistaken with the capacity factor, that measures the output of the plant. The availability lets you monitor the percentage of time your plant is able to operate. Comparing the availability of several plants helps you identify potential problems and weaknesses in the equipment; but the plants need to be similar (coal compared to coal, wind to wind, etc). If you want to compare different categories, it should be done by taking other factors into account: the final output, the costs of maintenance, etc. By identifying the reasons why your plant is not available, you know what to fix to increase the number of operating hours.

The Production Distribution of the energy your facility produces and/or distributes is an important metric to understand consumers better. Be it for domestic or industrial usage, knowing in which quantity the various types of energy is provided, you get an insight on consumers’ demand and can therefore anticipate it better – and adapt your offer and supply accordingly.

The last of our energy dashboard templates also looks at the Performance Ratio of the plant, by comparing actual production to the theoretical, expected one. Comparing these two values gives you insights on the efficiency of your facility. The difference between the two figures comes from energy losses due to diverse reasons: solar input, water systems, reduced conduction, etc. Thanks to this indicator, you can spot issues in production and take action. You can also use it to compare different assets to see which of them generates better returns.

By using energy dashboards for your plant facility, or your distribution network company, you can harness the power of data analysis and create powerful changes. Managing storage and transport of power, ensuring high availability with affordable prices will be easier than ever. From environmental benefits to financial and consumption savings, the potential of energy analytics is considerable. They help you dig out actionable and valuable insights, that lead to better-informed decisions.

THE RIGHT BUSINESS DASHBOARDS FOR EVERY USE CASE

Setup only takes one minute. No credit card required!