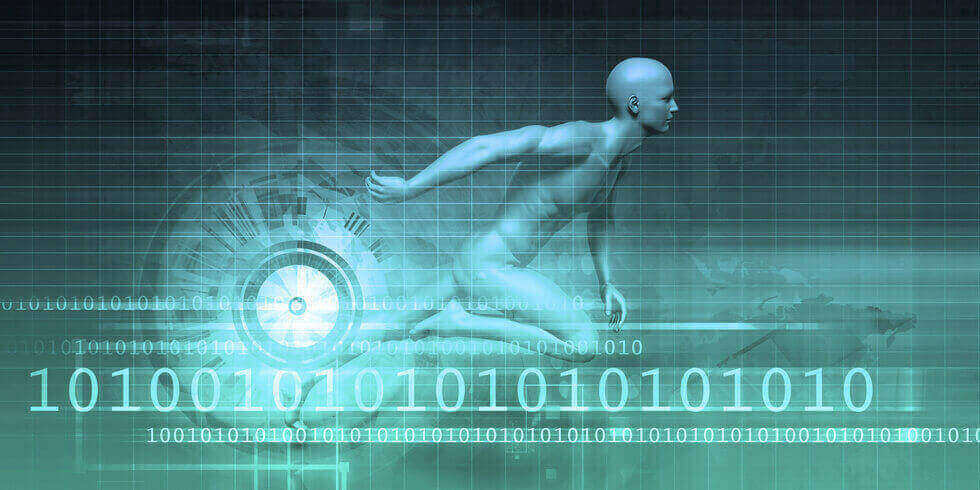 Data maintains its position of the most trending business intelligence buzzwords across many business fields. As we are capable of collecting large volumes of data, the developing computing power allows analysts to dissect these volumes into meaningful insights. Now the applications of data analytics have reached far beyond the traditional business. We’ve already given you some examples on how big data can save lives in healthcare. Today we put the spotlight on Big Data in sports, the developments in motion analysis software and electronics. State-of-the-art cameras, sensors and wearables allow professional athletes to monitor their performance in an increasingly detailed and complex way. Trainers and managers use data to decide on the team line-up for a game, dictate players’ calorie intake, design training sessions and supervise their actions in real time. Moreover, Big Data in sports caters for better fans’ experience with interactive smartphone apps and smart stadiums.

To what big extent data analysis tools can influence the face of sports is showed by the regulations of sports authorities that aim at limiting the free use of such tools. For example, the NFL does not allow players to use GPS trackers during games but only in the training sessions. In the world of soccer, FIFA had long been against the use of wearables during games, but according to the recent announcements, they now allow players to wear monitoring equipment during matches. The International Tennis Federation rules that players are not allowed to have access to the information generated by Player Analysis Technology (PAT) devices during a tournament, except when play is suspended and when coaching is permitted. The question arises – why is Big Data in sports so powerful, what exactly can it reveal and how does it influence the game?

Coaches and players can now make a great use of all the data that is being recorded on digital cameras. New devices capture all on-pitch movements and provide multi-dimensional views. A state-of-the-art sports analytics system by the provider StatsPerform has already been installed at The Emirates Stadium in north London – the home of Arsenal FC. No players’ interactions, assists, passes and tackles will go unnoticed with 8 cameras installed around its stadium and the system tracking 10 data points per second for every player, or 1.4 million data points per game. Besides supporting the coaches and players in the design of tactics and performance monitoring, ProZone system is also used to measure individual players’ physical metrics and load to mitigate potential injuries.

Other example of the sports analytics tool that has already been successfully used by world-class players is the miCoach system developed by Adidas. During FIFA World Cup in Brazil, the victorious Germany’s team wore miCoach during training sessions. The tool collects physiological information in real-time and transfers these metric live to an iPad. It provides insights into players’ heart rate, distance, speed, acceleration or power, and sends these data to coaches watching the game from the sideline. They can later use it for in-depth post-session analysis to identify team’s weak points.

The well-established leader in athlete’s analytics is the Australian company Catapult Sports that produces tracking devices relying on GNSS satellites. Its wireless local positioning system can capture literally all movements, including micro-movement metrics and see the physical load of each player.

Wearable devices are also increasingly used to track performance of American football players. America’s favorite collision sport teams have already figured out that the cost of implementing analytics programs is nothing compared to having the best expensive players sitting out a season with injuries. Today wearable sensors prevent such incidents by monitoring the intensity of player’s efforts and impact of collisions, and compare these metrics to historical data to caution the trainers when a player is overexerting himself too much.

In American football analytics Sportvision is taking the lead. The system collects precise data about players, like speed or total distance covered, and visually tracks them on the broadcast. It also allows to see the game in 3D format together with the scoring drive illustrated on the field with graphic elements. The video functionalities include rotating the view to different angles, zooming in or drawing arrows and lines for a clearer analysis. Even the players themselves can be highlighted or erased from the view. Additionally, Sportvision’s Stromotion feature can freeze a player or object and show multiple times in a replay to visualize the trajectory of movement in the sequence. It’s just a fraction of what Big Data can do in American football, but it already proves how it can improve the training sessions and take telecasts to the next level for better viewers’ experience.

Big Data is a big thing not only in team sports. Technological advances have brought new set of equipment that gathers and displays information about the player’s performance in real time. ‘Player Analysis Technology’ (‘PAT’) includes wearables like heart-rate monitor, smart rackets as well as remote camera-based player tracking systems located around the court.

PAT products typically use sensors such as accelerometers to record the speed, gyroscopes to measure the rotations of the ball, cameras and electrodes, which gauge force, movement and physiological information. These provide comprehensive and detailed data material that can subsequently be cross-referenced and juxtaposed with historical data. Seems that with all these analytical tools not even a single stroke or ball rotation can escape the coach’s attention.

Water is no obstacle for the cutting-edge sports analytics. Swimmers wear motion sensors called accelerometers that are about the size of an average coin. In case of swimming, the size actually matters because anything too big could interfere with the swimmer’s stroke or increase drag. Swimming biomechanics can be scrutinized by accelerators produced by the UK-based company Activinsights. The working principle of an accelerometer is quite simple – it contains a small mass attached to a spring, the mass is being deflected as the sensor starts to move and then the deflection is converted to an electrical signal. Small accelerators can be attached to any part of the body, they are capable of working underwater and for long periods of time. This allows for collecting large volumes of data. Only detailed, long-term recording of swimmer’s cyclic arm and leg movements allows to analyze the pattern that is unique to a particular stroke, and all in all constitutes the particular swimmer’s technique.

Queensland Sports Technology Cluster (QSTC) came up with a wearable that measures one more important variable – the actual displacement of water after each stoke. Why is this information useful? It gives the swimmer a better understanding of his motion. He can adjust the stroke so that he displaces more water with less power and maintains high energy levels.

With so many engineers standing behind every racing driver we can call Formula 1 a team sport. Cars carry sensors installed along chassis, in tires, and throughout the engine. They measure the stress of the air on the car’s nose, brake temperature and tire pressure. The steering wheel alone is packed with electronics that can do everything from slowing down the car to delivering a shot of liquid to the driver through his helmet.

The high level of Formula 1 technology is also showed by its smart circuits filled with optical cabling capable of carrying data at the speed of light. Tata Communications has designed the technology capable of gathering gigabytes upon gigabytes of data from over a hundred sensors per racecar and sending this information to the crew in the pit, broadcast operators on-site, and engineering teams located thousands of miles away. Thanks to the live data broadcasters decide in real time which camera is on, what graphics are created, and which advertising billboards are displayed in each take.

Big data in sports opens new perspectives not only for athletes but also for the sports fans. The spectacle doesn’t exist without an audience and ticket vendors are putting a lot of effort into encouraging fans to leave their cozy sofas and TVs and watch the game live. Analytics can advance the sports fans’ experience, for example via smartphones. The mobile apps make fans’ stay at the stadium more convenient by providing information about the closest available parking, restrooms with the shortest line or allowing them to order food and have it delivered to the seat. Sports nerds would be delighted to see replays, different angle shots or close-up videos on their phones during the game. After the show the app will show you traffic information and suggest the fastest route home.

Some critics frown upon the use of Big Data in sports, arguing that it is against the idea of sport being a competition between skillful humans competing on the track or field. They claim it will become a competition between scientists and engineers trying to optimize the athlete’s performance with the use of advanced analytics. However, athletes have always been supported by teams of coaches, physiotherapists, psychologists and other experts. Big data technology pushes industries to the higher level of data analytics and opens myriads of new possibilities, so no wonder that sports, just like any other business, tries to make the most of it.

An overview of the power and potential of social media reporting in our hyper-connected digital age.

Uncover the true potential of social media dashboards and enhance your social media strategy with our complete guide.

Accounting reports are important elements of business, regardless of a company’s size. They track the financial health of a business and its evolution over time. However, they lack proper visualization to convey their oh-so-important information. Find here why and how to do it.